AC Current: AC stands for alternating current. At regular intervals, this is an electric current that changes direction many times a second.

Ammeter: It is possible to measure the flow of electrical current. When a circuit gets tested, connect an ammeter in series.

Ampacity: There is a maximum amount of electric current that a device can carry.

Ampere-Hour (Ah): Ah, is the battery capacity measured in a unit. To get it, multiple the current (in amperes) by the time (in hours) when the current flows. For example, a battery that provides 5 amperes for 20 hours is 100 ampere-hours.

Ampere (A): A unit of measure gets used to determine the intensity of the electric current. The current flow is one coulomb per second, and ampere is equal to that.

Apparent Power: They get measured in volt-ampers (VA). Apparent power is equal to the RMS current and RMS voltage.

Armature: The part of a motor that moves. It’s made up of conductors that move through a magnetic field to provide power or force. Generator regulators with pivoted points are referred to as armatures.

Capacitor: An electric charge is stored in a device consisting of at least one pair of conductors. Capacitors are used for controlling voltage spikes. 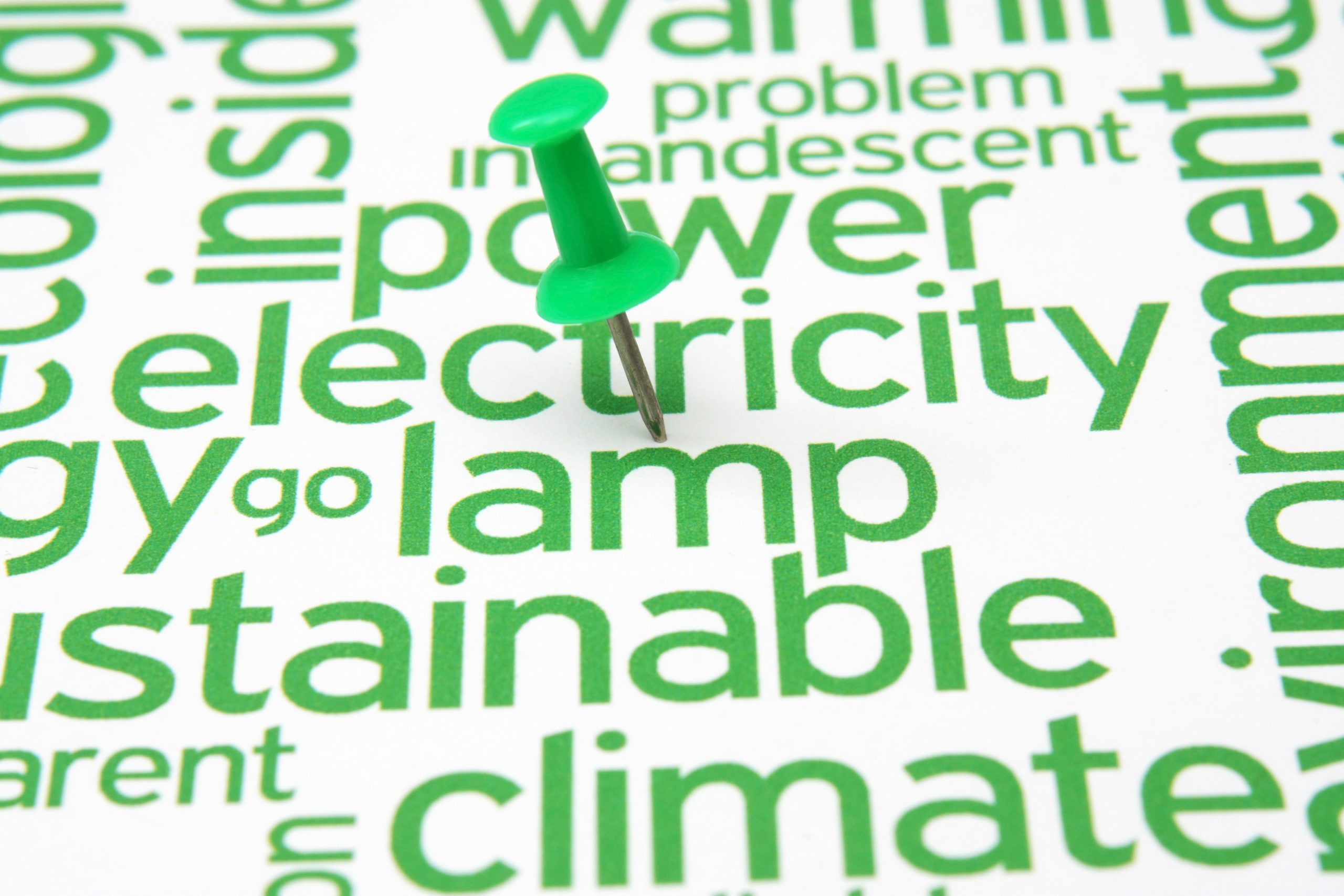 Circuit: A closed path is where electrons travel from a source to another. Circuits consist of series, parallel, or any combination of the two.

Circuit Breaker: An automatic device that can stop the flow of current. After fixing the cause of the failure or overload, the circuit breaker needs to be reset. Circuits are protected from faults with the help of circuit breakers and relays.

Conductor: Any material that has an electric current flowing through it. Conductive materials do not have high resistance. The most frequently used conductors are copper and aluminum wire.

Current (I): There is an electric charge going through the conductor. The electric current is compared to the water flow in the pipe and measured in amperes.

Cycle: The alternating electrical wave goes from zero to a positive peak, to a negative peak, and then back to zero. See Frequency.

Demand: Over a certain period, the average value of power and related quantity can get calculated.

Dielectric constant: A quantity is used to measure the amount of electrical energy that can be stored.

Dielectric strength: Without experiencing failure of its insulation, a pure material can have a maximum electric field that is not broken down.

Diode: The flow of current can only be allowed in one direction by the device. Current can flow when there are a positive anode and a negative cathode.

Direct Current: Also known as DC, it means direct current. There is only one direction in which the DC current flows.

Electrolyte: It is possible to make a substance capable of conducting an electrical current with its dissociation into ions. A storage battery has an electrolyte, which is the solution of sulfuric acid and water.

Electromotive Force (EMF): A difference of potential can cause an electric current. It is measured in volts.

Electron: There is a particle that rotates around an atom. It has a deficiency of electricity.

Electron theory: The theory explains the exchange of free electrons between the atoms of a conductor. It’s one theory used to explain the direction of the current flow.

Farad: A unit of measuring capacitance. A farad is the same as a coulomb per volt.

Feeder: They are all the circuit conductors between the service equipment and a separate system or power supply source.

Feeder Pillar: A power box, also known as a distribution pillar, is a cabinet used to store electrical equipment. The feeder pillar is a central circuit that distributes electricity from the upstream circuits to the downstream circuits.

Ferroresonance (nonlinear resonance): A kind of resonance in electric circuits can occur when a circuit is fed from a source with a series of capacitance. The circuit is disrupted by opening a switch. It can cause problems in the electrical power system and pose a risk to the equipment and personnel that use it.

Frequency: The amount of cycles in a second. It is measured in Hertz. If there is one cycle per second and 60 cycles per second, the frequencies are 1 and 60, respectively.

Fuse: A circuit interrupt device is a strip of wire that can melt and break an electric circuit if the current gets too great. After fixing the cause of failure, it is necessary to replace the fuse with a similar one with the same size and rating.

Generator: A tool that changes mechanical energy into electrical energy.

Ground or Earth: A common return path for electric current. A reference point for an electrical circuit to test voltage.

Ground Fault: A connection between a conductor of an electrical circuit and conductors usually not current-carrying is called an ungrounded conductor.

Grounded Conductor: This an intentional grounded system or circuit conductor.

Grounded (Grounding): There is a connection to the ground or to a body that extends it.

Henry: A unit used for inductance.

Hertz: A unit of measure. The previous term of cycle per second has been replaced.

Impedance: When a voltage is applied, a measure of opposition is presented to the current. Resistance to AC circuits has only magnitude, but impedance has both magnitude and phase, which is different.

Inductor: An iron core with a coil of wire surrounding it. The inductance is related to how many turns the coil has.

Insulator: Electric current isn’t flowing freely in any material. Glass, rubber, air, and plastic are some of the materials that have high resistance. Used to protect life and equipment from electric shocks.

Inverter: Direct current is turned into alternating current through an apparatus.

Kilowatt-hour (kWh): Power in kilowatts and time in hours is what this output is Equal to 1000 Watt-hours. A 100W light bulb will use 100W x 1 kilowatt / 1000 Watts x 4 hours to produce the same amount of energy. kWh is the unit of electricity sold.

Kilowatt-hour Meter: This is a device that measures electrical energy use.

Load: Light, transformer, heaters, and electric motor are some of the electrical energy consuming things.

Mutual Induction: It happens when you change the current in one coil to another.

Neutral Conductor: A system that is supposed to carry current under normal conditions has a conductor connected to a neutral point.

Ohm (Ω): This is a unit of measure. When a potential difference of one volt is applied to a circuit’s resistance, one ohm is equivalent.

Ohm’s Law: An equation explaining the relationship between current, voltage, and resistance.

Ohmmeter: The instrument is used to measure the resistance of the circuit.

Open Circuit: The flow of current through a circuit can be interrupted by a broken wire or switch known as an open circuit. It is similar to a closed valve for water.

Overload: When equipment is above a full-load rating or a conductor above an ampacity persists for a long period of time. It can cause damage or overheating. A fault is not an overload if it is a short circuit or a ground fault.

Parallel Circuit: You can find multiple paths for electricity to flow in a circuit. The load connected in a separate path will receive the full circuit voltage, and the total circuit current will be the same as individual branch currents.

Piezoelectricity: When mechanical stress is applied to a substance, it can cause electric polarization.

Polarity: A common phrase applied to the positive and negative poles of a magnet or electrical mechanisms such as a battery or coil.

Power: The electric circuit can transfer electrical energy at a certain rate. It is measured in Watts.

Power Factor: The ratio of the electrical power to the product is known as the dissipated power ratio. Reactance causes the difference of value in the circuit.

Protective Relay: A relay device is supposed to trip the circuit breaker if there is a fault.

Reactive Power: Electric and magnetic fields of AC equipment are established and maintained by a portion of electricity. An AC circuit does not have a current or a voltage in phase—measured in VARS.

Rectifier: An electrical device that converts alternating currents into direct ones by allowing the current to only travel in one direction. You can find half-wave and full-wave rectifiers.

Relay: A coil switch has a small current that can be used to control a big current.

Reluctance: The magnetic field determines the resistance of a magnetic circuit.

Resistance: There is an opposition to an electric current. When flowing through a pipe, you can compare electrical resistance to water’s friction—measured in ohms.

Resistor: A wire or carbon device that has a resistance to the flow of current.

Rotor: A rotating part of an electrical machine can be a generator or motor.

Self Induction: When there is a change in the current, it’s called voltage.

Semiconductor: A solid substance with conductivity between an insulator and most metals. It could be caused by temperature effects or the addition of impurity. Devices made of semiconductors, notably silicon, are essential components of most electronic circuits.

Series Circuit: A circuit that has one path for electricity to travel through. The current in the circuit has to go through all of the loads to get to the source.

Series Parallel Circuit: A parallel series circuit is an electric current that has groups of parallel-connected receptive devices in it.

Short Circuit: A fault in an electric circuit can get caused by inadequate insulation, which can cause the current to follow a by-path.

Solid-State Circuit: Semiconductor devices such as transistors and diodes are used in electronic circuits.

Transistor: The device has three connections and can be used for amplification and rectification.

True Power: Measured in Watts. You can see the power in things like acoustic waves or mechanical phenomena. The voltages and currents are in phase in a direct current circuit or in an AC circuit with pure resistance.

VARS: There is a unit of measure. The power flowing into a reactive load may be considered the imaginary part of apparent power or the imaginary power.

Variable Resistor: This is a resistor that you can adjust.

Volt-Ampere (VA): A unit measures the apparent power. The RMS current and RMS voltage are what makes it up.

Volt (V): A unit is a measure. One volt is the same as the difference of potential that drives one ampere of current.

Voltmeter: An instrument used to measure the force of the current. There is a difference of potential between the points of the circuit. A high internal resistance connects the points where the voltage is to be measured.

Watt-hour (Wh): A unit of electrical energy is the same as a single watt of power.

Watt (W): This is a unit of power. One watt is equal to one joule per second and is the same as the power in an electric circuit with a potential difference of one volt and the current ampere.

Wattmeter: The wattmeter is an instrument that you can use to measure the electric power in a circuit.

Waveform: A graphical representation of electrical cycles shows how much variation there is over a period of time.

That’s it for the top basic electrical terms you need to know. I will keep this reference updated as electrical slang changes or increases. These are all words associated or related to electricity. Increasing our vocabulary can only help our understanding.

Get a Free Quote

Monday-Friday: 7AM-4PM
By appointment on Saturday and Sundays